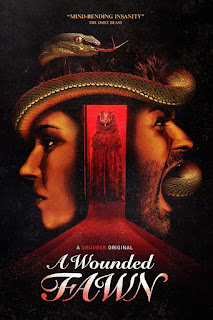 A serial killer brings an unsuspecting new victim on a weekend getaway to add another body to his ever-growing count. She's buying into his faux charms, and he's eagerly lusting for blood. What could possibly go wrong? 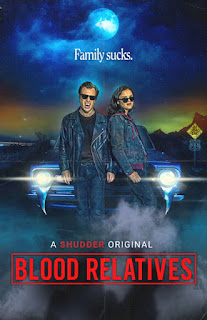 A vampire's loner lifestyle is thrown into disarray when a teenager shows up claiming to be his daughter, and she's got the fangs to prove it. On a road trip across America's blacktops, they decide how to sink their teeth into family life.

Directed and written by: Noah Segan 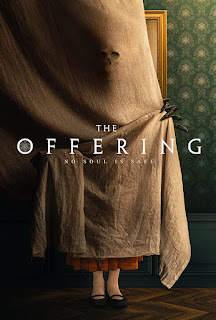 A family struggling with loss finds themselves at the mercy of an ancient demon trying to destroy them from the inside.

When it comes to horror you don’t want to be “The Offering.” Yes, a demon is involved in this story born of Jewish folklore, and it is expecting to get what it demands. Art (Nick Blood) and his wife Claire (Emm Wiseman) are visiting Art’s father Saul (Allan Corduner). It might seem like a normal visit on the surface, but Art has something in mind on this trip.

Before he can get his plan into action, he reunites with Saul, and helps out at Saul’s funeral home. Unfortunately, a body has just arrived for them to prepare, and it comes with a demon attached. Attached for a short time become it soon becomes free to terrorize Art and his family. It especially has an interest in Claire, who is also pregnant.

It’s easy to get lost in some of the folklore and rituals, but that’s alright because that might increase the chance of the film scaring the audience. Like “The Vigil,” this film will get dark, and create a very dreadful atmosphere at times. The opening ritual is a good starting place, and sets the mood for what’s to come. Of course, it’s hard to go wrong with a funeral home as the setting.

The film goes for the scares in the nightmares that Claire has, and later Art. The demon is going to make its presence known in some creepy and interesting ways. Ultimately Art came to the home with bad intentions, made a huge mistake, and suffered the consequences. Now he will have to face the demon in a crazy final act.

“The Offering” offers up some good scares for horror fans. It creates a creepy atmosphere in the perfect place for scares. There will be plenty of wild nightmares all leading to a crazy ending. With that, I offer up 3 pools of blood for the film! 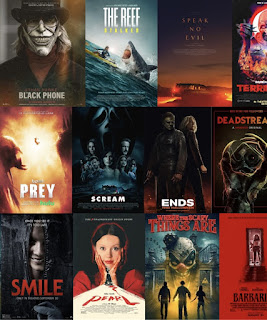 With 2022 in the books, it’s time to present my top 10 horror movies of 2022! Check out the video below to see which movie took the top spot! And no, not every movie in the pick above made the cut! 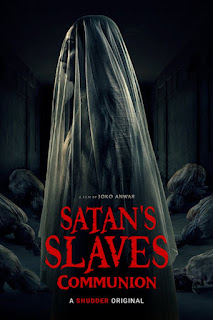 When the heavy storm hits, it wasn’t the storm a family should fear but the people and non-human entities who are out for them.

Directed and written by: Joko Anwar