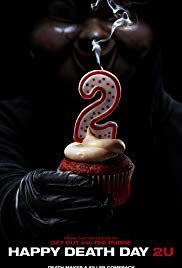 **There is an extra credit scene**
Posted by HorrO at 3:03 PM No comments: