WE ARE WHAT WE ARE REVIEW 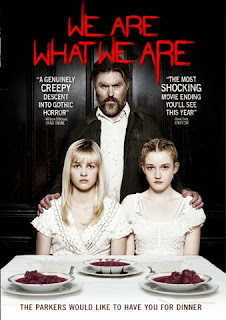 The Parkers, a reclusive family who follow ancient customs, find their secret existence threatened as a torrential downpour moves into their area, forcing daughters Iris and Rose to assume responsibilities beyond those of a typical family.
Starring: Bill Sage, Ambyr Childers, and Julia Garner

Some movies go under the radar, and it's probably better that way. Other movies go under the radar, and it's a shame more people didn't take the opportunity to see it. So which category does "We Are What We Are" fall into?  Well that turns out to be an easy question to answer.
There is plenty to like starting with the creepy feel that is maintained throughout the movie. Part of that feeling is helped by the touch of mystery that lasts during the first half. The other part of that feeling comes from how many of the scenes are shot with consistent darkness, including when the downpour occurs. Throw in a setting in a strange small town, and you get a good creepy movie.
It moves at a good pace letting the audience slowly pick up on what is going on. The less the audience knows heading into the movie the better. Once they start to pick up what is happening, there is a chance they can lose some interest. However, the best thing about the movie, which is the ending, will hit the audience just before that happens. This is definitely an unexpected, brutal, and shocking ending. The title "We Are What We Are" seems a little unusual, even hard to say, but really proves to be true. With that said, I give "We Are What We Are" 3 pools of blood, and please don't let it go under your radar.

HorrO
Posted by HorrO at 9:10 AM No comments: 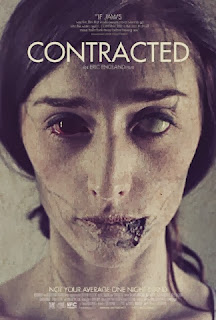 A young girl has sex with a stranger at a party and contracts, what she thinks is, a sexually-transmitted disease - but is actually something much worse.

Directed and written by: Eric Englund

Unfortunately there are a lot of people that can relate to part of this story. You go to a party, have too much fun, and end up sleeping with a stranger. Some people get lucky, and walk away like nothing happened, while others aren't so lucky. That is what happens to Samantha (Najarra Townsend) in "Contracted," but the movie takes it to the extreme.
She ends getting a symptom here, and there until it gets out of hand. The good thing the movie does is keeping the audience wondering what will come of her disease. For those that like to be grossed out, eventually there might be a moment or two for you. I'm going to try not to ruin it, but only say a poor guy gets "lucky," and "unlucky" at the same time!
While being grossed out is fun, there are a few problems. There is just something off about what becomes of Samantha, and takes away from what otherwise seems like a real life situation. Yes, they probably wanted to make it as disgusting as possible, but I'm not even sure they know what they turned her into. Then there is the continuing mention of the mysterious guy she slept with, but they never finish off his story. Leaving that a mystery might work for some, but not me. Finally the acting of some of the supporting cast isn't that great. In the end, "Contracted" is a strange story about a strange girl with some nasty moments that I give 2 pools of blood!

Another year of horror has come and gone. Was it a banner year? Probably not, but it wasn’t a terrible year either. I guess you could say there were a lot of average to just above average movies. Of course we had sequels and remakes, which seems to be a hot topic these days. There were some movies with some originality to them, which seems to be what horror fans are looking hard for. Some of the movies in my list surprised me in a good way, while others turned out just as bad as I thought. So here we go starting with my favorites... 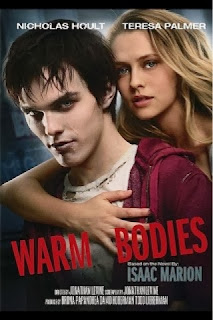 Why not start off the list with a surprise, and a movie you probably won't find on many other lists. While “Warm Bodies” has similarities to Romeo and Juliet, it certainly isn’t just a sappy love story. It’s a different kind of zombie movie about a very special zombie. Allowing audiences to first hear R’s thoughts and later speak, makes him a likeable character from the start, and provides plenty of humorous moments throughout. There is also just enough action, and yes romance to complete this story full of interesting ideas. The great chemistry between the lead actors makes this movie complete. 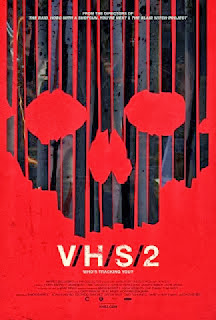 Before seeing this movie I would never have thought it would be on this list, at least not on the good side. It’s not often that audiences find sequels that are better than the original, but that is definitely the case in the V/H/S series. It’s a pleasant surprise to see the improvement from V/H/S to V/H/S/2. It starts with a set up story that actually makes sense, and then moves on to some solid short stories. There is definitely some imagination in the unique way each story is shot. The movie also gives audiences something a little different in each story, as it as something for fans of ghosts, zombies, bloodshed, or aliens. 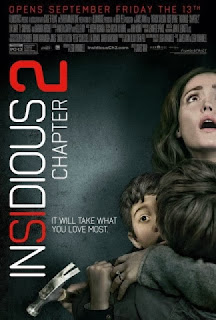 “Insidious: Chapter 2” does just enough to prove it’s a worthy sequel. Most of that is due to how well the story is constructed around the events of chapter 1. It’s not surprising that the scares didn’t match chapter 1, but the tension and creepiness is still present. The actors seem more comfortable with their characters this time around, so they should be ready for chapter 3. 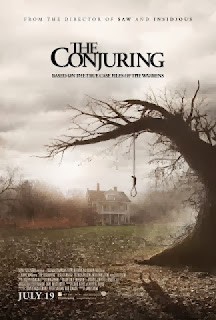 I really thought this was going to be #1 for a long time, but changed my mind when putting this list together. The expectations for “The Conjuring” were high, and thanks to James Wan, it met those expectations. The movie is well done from beginning to end. There is little wasted time, and characters for the audience to care about. The acting is good enough not to distract from the story at hand. While admitting that “Insidious” had me jumping out of my seat, this movie didn’t. However, there are plenty of scary scenes, which will leave audiences freaked out. I’m already looking forward the sequel, and spin off of Annabelle. 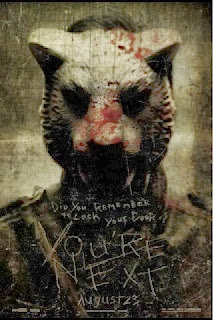 This movie is just so much fun to watch, I just couldn't resist making it #1. It might get off to a suspect start, but it surprisingly becomes an absolute pleasure to watch. Sharni Vinson puts on a terrific performance, as she quickly gets the audience on Erin’s side. She effortlessly makes her character seem so sweet and innocent, and then turns her into a killing machine. There are plenty of victims suffering some brutal, and bloody deaths. While the twists might not be hard to figure out, they in no way hurt the story. If you liked “The Purge,” or thought it needed to be upgraded, than you should find “Your Next” even more to your liking.

And now my top five least favorite movies of 2013… 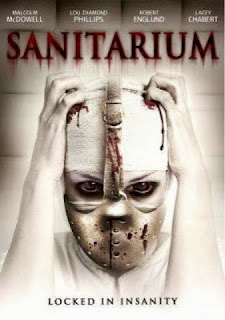 My favorite five featured an anthology so why not include one for the worst five. A sanitarium makes a good backdrop for this kind of movie. Malcolm McDowell serves as the perfect lead doctor for a sanitarium, and narrator for the story. However, it would have been nice to see the tales have a little more bang to match that sanitarium feeling. Yes, each main character proves to be crazy, but the tales don’t match that crazy feeling because they take too long to develop. Each story has a twist, some better than others. The first tale stands out above the others from top to bottom featuring an excellent performance from John Glover. 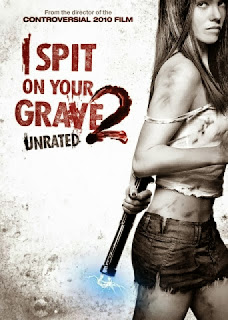 What audiences get in "I Spit on Your Grave 2" is a different story, but the same theme as the previous movies. There isn't much new except for an unexpected change of scenery. The rape and torture is still tough to watch. Katie's revenge is all right, but not better than any of the movies. Since nothing new is accomplished, it lands on this list! 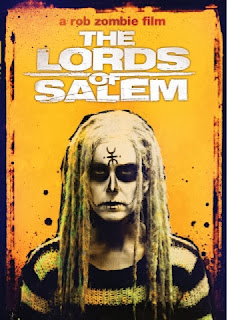 #3 The Lords of Salem

I can't say Rob Zombie doesn't come up with some wild ideas. While it might seem pointless, the movie is still well shot. Some horror fans will really enjoy the craziness, and bloodiness of the dreams. Sherri Moon Zombie does a surprisingly good job as Heidi. However, while the audience can see the reason why the witches go through all of this, the pointlessness of it all is too much to overcome. 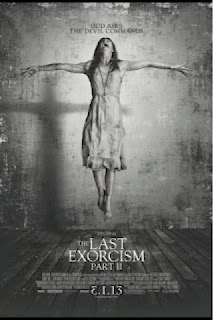 Sometimes I can’t wait for sequels, but “The Last Exorcism 2” wasn’t one of them. I’m sure those who loved the original were extremely let down by this one. It really is just another movie. The story is simple, the acting isn’t too bad, there are some decent scare attempts, and everything leads to the exorcism once again. At least this time it really might be the “last” exorcism! 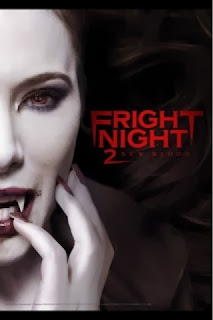 Why call this “Fright Night 2: New Blood?” They should have dropped the “2.” It isn't a sequel, but a reboot, which didn't make a lot of people happy. A lot of it is the same story with different actors. The few minor changes aren't good enough to save it. Since there really is no need for a reboot after a superior one was just done, it lands the top spot in a bad way!

Agree, or not, that is my list. I wish I saw all of the movie 2013 had to offer, but unfortunately I didn't. Maybe I left off something you liked or didn't, but I missed it. While "Gravity" is an amazing movie, I decided to leave it off the my favorite list just because it would have been too easy to include it. Also, while what happens is true horror, I didn't quite think it should be measured against the horror films on theses lists.

And now a few additional awards to wrap this up...