WHERE THE SCARY THINGS ARE REVIEW 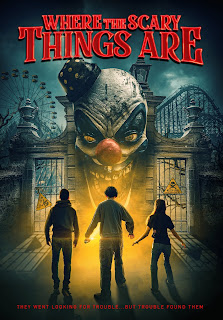 A group of teenagers inspired by a high school “Create Your Own Urban Legend” project quickly get out of hand in their desire for more “likes: and going viral with deadly consequences.

Directed and written by: B. Harrison Smith 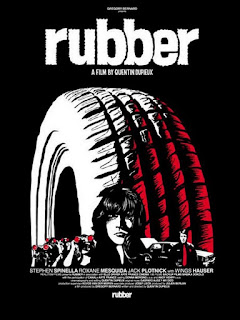 A homicidal car tire, discovering it has destructive psionic power, sets its sights on a desert town once a mysterious woman becomes its obsession.

Directed and written by: Quentin Dupieux 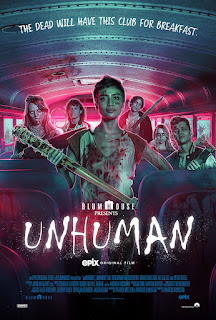 A group of high school students whose school bus crashes on a field trip. Relationships are tested once they realize they are being stalked by an attacker who intends to drive them out and straight into a horrifying fight to survive. 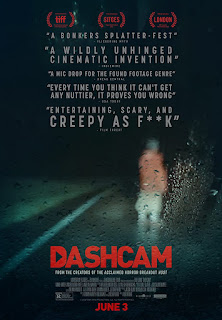 Two friends embark on a horror-fueled road trip and lifestream the most terrifying night of their lives. 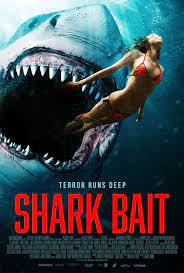 A group of friends enjoying a weekend steal a couple of jetskis racing them out to sea, ending up in a horrific head-on collision. They struggle to find a way home with a badly injured friend while from the waters below predators lurk. 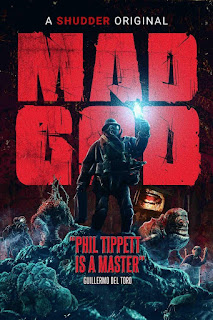 A corroded diving bell descends amidst a ruined city and the Assassin emerges from it to explore a labyrinth of bizarre landscapes inhabited by freakish denizens.

Directed and written by: Phil Tippett

“Mad God” is a good title, but this also could have been called “Mad Crazy” among many other things! It opens with scrolls with nothing good written on them before diving into a dark and strange world. The Assassin begins his journey across this land with the first bizarre thing being him stepping on some gnomes. Yes, gnomes that seem to be arguing get crushed by his foot!

As his journey continues, the audience comes across all kinds of creatures, and is treated to crazy scene after crazy scene. In one scene two creatures, who look like they’re working in a mine, begin to fight only to be stopped in an electric manner. The audience gets to view a wild surgery scene taking them all over the place. The film stumbles into a tank like battle that has its own twist to it.

The film might be far out there, but it’s clearly a work of art when it comes to animation. The creatures are amazing no matter how big or small they are. There are no limits to what they do, and everything comes off so smoothly. The aforementioned scenes stand out among many more. It’s not surprising to see why this film took so long to make.

Not to say it’s a problem, but the story, or lack of one might bother some. Yes, it starts with following the Assassin, but then it just seems to want to dive further into a nightmare of a world. There’s no rhyme or reason for some of the things that happen other than just pushing the boundaries of darkness. With no dialogue, the audience is left to figure out things on their own. The one thing they will know is there will be no happy ending!

Much like another recent film, “Frank & Zed,” this one is worth seeing for how the film was made if not for anything else. The animation is great especially with how all of the creatures move around. The world they create is a true nightmare. It just gets darker and darker bringing some of these creatures to life as others die. The story might not make complete sense, but in this case it doesn’t seem to matter. Just sit back and enjoy the animation in “Mad God.” With that I give it 3.5 pools of blood.

More about this film at: http://promotehorror.com/2022/05/09/phil-tippetts-nightmarish-award-winning-stop-motion-masterpiece-mad-god-premieres-exclusively-on-shudder-june-16/ 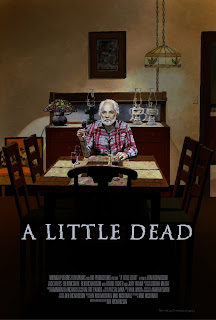