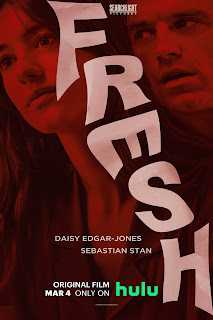 The horrors of modern dating seen through one young woman’s defiant battle to survive her new boyfriend’s unusual appetites.

ALL OF US ARE DEAD REVIEW 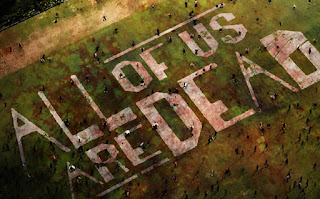 A high school becomes ground zero for a zombie virus outbreak. Trapped students must fight their way out or turn into one of the rabid infected.

Email ThisBlogThis!Share to TwitterShare to FacebookShare to Pinterest
Labels: All of Us Are Dead, All of Us Are Dead review, Chan-Young Zoon, Horror, horror review, J.Q. Lee, Ji-hu Park, Kim Nam-Soo, Seong-il Cheon, Yi-Hyun Cho 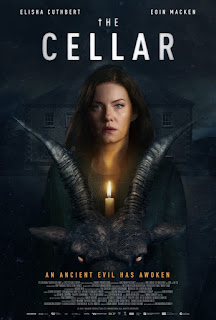 Keira Woods’ daughter mysteriously vanishes in the cellar of their new home. She soon discovers there is an ancient and powerful entity controlling their home that she will have to face or risk losing her family’s souls forever.

Directed and written by: Brendan Muldowney

“The Cellar” is definitely not a place anyone wants to get trapped in. The Woods family has just moved into a new home, and not everyone is excited about it. Daughter Ellie (Abby Fitz) isn’t a fan, especially after briefly getting stuck in the cellar. She voices further frustration about being there, and then having to babysit her younger brother Steven (Dylan Fitzmaurice).

Looks like mom and dad, Keira (Elisha Cuthbert) and Brian Woods (Eoin Macken), should have listened to her. While away at a business meeting, Ellie ends up in the cellar again, and this time she won’t be coming out. She calls her mom while in the cellar, and ends the call in a weird way. By the time Keira and Brian make it home there is no sign of Ellie. Keira takes it upon herself to figure out what has happened to her daughter before it happens to the rest of the family.

After the disappearance takes place the film gives the audience a mystery to solve. Keira must figure out what’s going on, and it starts off slow. Police are involved, but this is soon not going to be a case the police can solve. Keira isn’t going to get as much help as she would like from her husband either. He’s going to need some more convincing that something supernatural is happening and they’re about to get it.

The film will move slowly presenting the supernatural presence, and unfolding the creepiness of the house. The cellar is definitely going to be at center stage along with an intense trick involving counting numbers. If someone freezes, and begins a countdown it means something evil is happening. Ellie certainly excelled at this before her disappearance in one of the film’s most important moments. 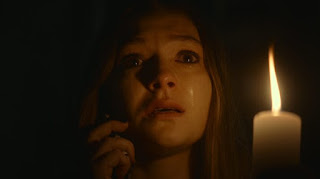 “The Cellar” begins as a film with the big mystery of Ellie’s disappearance. Keira will eventually run out of reasonable options to why Ellie is gone, and have to dig into strange symbols and the house’s history. It’s a little odd that the father and son don’t play a bigger role, but it allows Elisha Cuthbert a chance to shine in her role. There will be some creepy moments, and it will make counting numbers a haunting experience. The film will end in a way I generally appreciate, so with that I give it 3 pools of blood!

More about this film at: http://promotehorror.com/2022/03/16/official-trailer-for-the-cellar-in-theaters-shudder-april-15th/