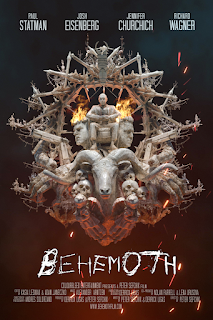 A desperate father will risk anything, even his soul, to save his terminally ill daughter.

“Behemoth” screams a big bad ass monster is coming, but it might take some patience here. Until then, Behemoth is the big bad company that is probably doing more harm than good in the world, but no one can prove otherwise. Enter Josh (Josh Eisenberg), who used to work for the chemical company, but now he’s doing more of accusing them of releasing toxins on people. More specifically, he blames them for his young daughter getting sick, but he’s having a hard time proving it.

Time is running out for his daughter, but instead of being with her he’s trying to take down his former boss, Dr. Woeland (Paul Statman). His best plan becomes his worst plan when he attempts to confront the bossman after a speech. With his friends Keeley (Jennifer Churchich) and Dominic (Richard Wagner) by his side, he tries once again to get Dr. Woeland to confess, but things go wrong. In the chaos, they end up kidnapping Dr. Woeland, but Josh is shot in the process. Now they’re all in a situation that they’re not ready for, and time is running out for his daughter and maybe even himself. 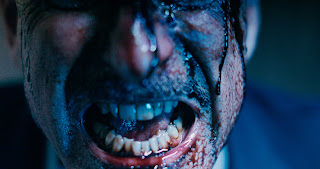 So there’s the obvious good and not so good parts of this film. Lets start with the not so good, which is the story and how it comes across. The overall idea with the story is fine, but the execution isn't. Early on it’s constantly reminding the audience that his daughter is sick and Josh wants answers, which gets old quick. Then there's the kidnapping scene, and what follows. Yes, it's supposed to be chaotic, but they don't seem to make it a naturally chaotic scene. Once it gets past that it does start to come together better when the doctor tries to split up the group.

What it really needs to help push the story along is more of the what stands out in the film...the special effects. There’s some really good special effects creatures here, but the audience will never get enough of them. While all of the story is unfolding the audience will just be wondering when they'll see them next. The audience sees an unusual ram chase scene early on, and that’s it for too long. Then there’s another amazing creature while the group hides, but it’s gone too quick as well. Even in the ending scene, another awesome creature appears, but the biggest scene in the movie is still too short. 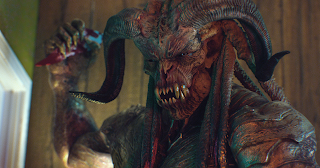 What this probably means is that “Behemoth” doesn’t have a behemoth sized budget to make everything work here. It seems like that put too much pressure on the writing, and maybe the actors as well. A bigger budget might have allowed for more creature time, which could have filled in the story better. They do manage a nice twist, but the road getting there is just too bumpy. In the end, the creature effects are the best, and that’s not a surprise with the director’s history. With that, I give it 2 pools of blood.