BEHIND THE SCENES: "THE WALKING DEAD" HOUSE AT HALLOWEEN HORROR NIGHTS 23 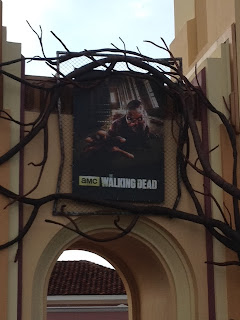 Part of my Halloween Horror Nights 23 (HHN) adventures was taking the Unmasking the Horror Tour. This tour takes fans on a behind the scenes look at their haunted houses. Our tour took us into 6 of their 8 houses. I decided to break them each up into their own post in order to give a better look at each of them. This is a behind the scenes look at the “The Walking Dead” house.


The above video is a series of photos that I took while on the tour. What I will be doing now is describing some of the things you saw in the video, so you might want to read this and then go back and watch the video again. Hopefully you will be able to recognize some of the things in the pics from the show starting with the outside of this house. Before walking inside, we are in the yard where the Governor had people fight while surrounded by zombies. The chains on the ground are actually attached to zombies at night. There is also a cage, which some people didn’t realize had an opening for zombies to come out, and scare you before entering the house. 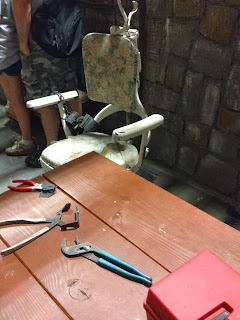 The first room was where the Governor tortured people as you can see from all of the tools. At night, zombie Milton was standing behind the table to greet you. The pathway leading to the next room had a cool zombie trapped in the corner. This was to keep you distracted for what came next. 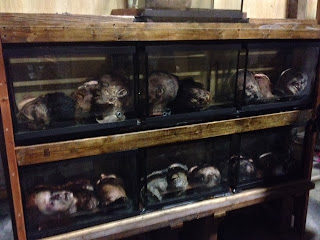 Now I’m sure you recognize this. My face lit up when I saw all the heads in the tanks. Of course at night they were filled with water, and lit up so that you could see them better. While you were checking out the heads, the Governor’s daughter would come running out from behind the tanks to scare you. She even had the bag over her head. 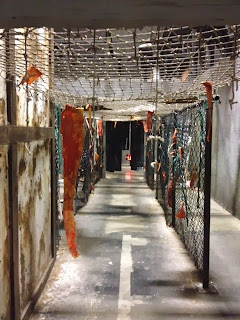 After that awesome scene you had to duck down, and go through this small fenced in pathway. Ok, you could go around, but that’s no fun. At night there would be zombies on the other side watching you. The best part was the surprise waiting for you as you stood up after getting out. In the video you see the Woodbury Post Office, and behind that fence you would find a scareactor-playing zombie Merle. 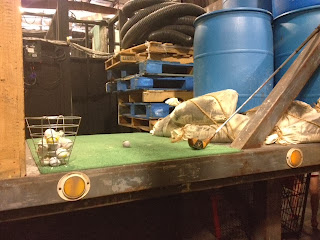 From there you see the flatbed that was by the front of Woodbury. You can see things like a machine gun, ammo, and some golf equipment. At night there was often a scareactor with a machine gun up there watching for zombies. 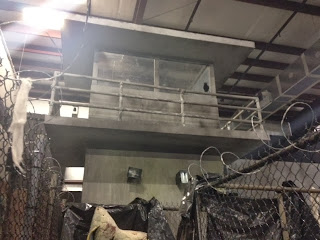 Then we enter one of the best rooms in any of the haunted houses. Here we go through the fences that surround the prison. It might be hard to tell in the video, but you basically had fences on both sides of you as you followed the path. At night there were plenty of zombies on the other side of the fences, including the awesome zombies in the riot gear. Also, it was very dark, and misty making it quite the scene to walk through. It was cool looking up at that guard tower. 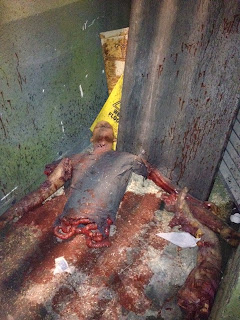 Once inside the prison there is a sad reminder that T-Dogg is dead. Yes that is a representation of him dead on the ground. You then move into a room with a telephone in it. Every once in a while it would ring, and you were supposed to pick it up. When you did, you would her Laurie start talking. 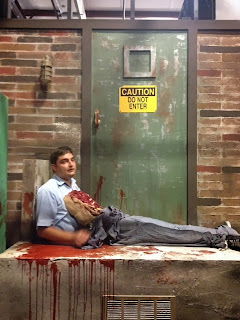 As we move forward we see another scare similar to what we saw in the An American Werewolf in London house. Our tour guide demonstrated how the scareactor would squeeze into an opening, and come up as part of the body on the ground. At night the scareactor would be reaching out at you as you passed by. It was another cool little effect. 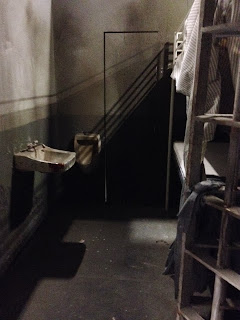 We end the house in one of the cellblocks. At night you could only walk straight through it, but during the tour we could go in the cells. This was obviously an area that the zombies occupied because at night they were the ones coming out of the cells. On the table you will see part of a leg. You guessed it, that is supposed to be Hershel’s leg. 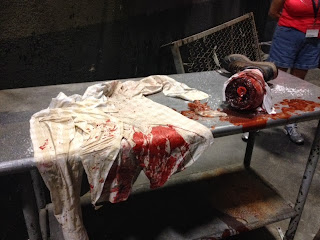 If you are a fan of the show I don’t see how you could not like being in this house. It was such an awesome feeling being in scenes similar to the show. It was also great seeing scareactors that looked like characters on the show. And like I said, that fenced in area to get in the prison was one of the best rooms of the whole event. This certainly topped last year’s Walking Dead house. So that was a look at “The Walking Dead” house. If you have any questions about the house or HHN, please feel free to ask. Also if you want a better look at a specific pic from the video just ask. 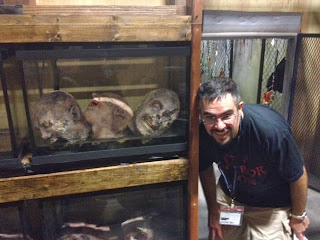 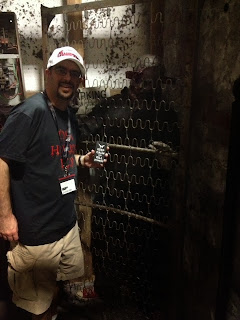 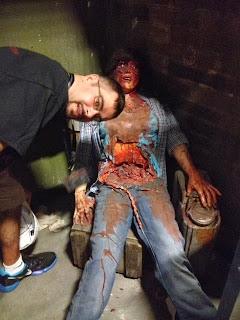 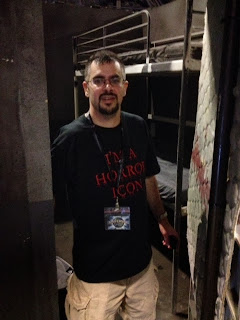 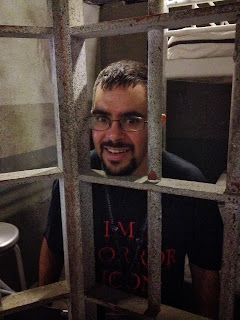 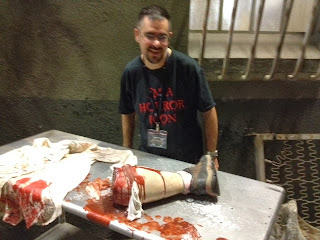