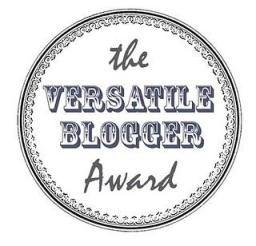 My long time blog and Twitter friend Reelybored has nominated me for the Versatile Blogger Award. It’s much appreciated especially from such a big horror fan. I’m just sorry it took so long to officially accept it. Part of accepting this award is nominating 10 blogs that I like, but first I have to say make sure that you check out Reelybored too!

For those nominated and accepting, here is what you need to do:

Here are 10 random pieces of information about myself:

-I wish I knew about all of the horror I’ve been introduced to in the last few years when I was younger.

-I hate when people feel the need to laugh and make jokes during horror movies in order to hide their fear. I’m trying to enjoy the movie, and don’t need your jokes. But I do enjoy watching people who are scared.

-Ok some non-horror information. I love the stock market. Trying to learn new ways to trade. Maybe one day I will make some $.

-When it’s not horror or stocks, I enjoy watching sports. (Not breaking news I guess)

-I’m a big Disney fan. Shocked at how many horror fans also love Disney. If you haven’t been to Disney World in Florida, book your trip now!

-I miss Saturday morning cartoons! I can’t watch all these new ones. It’s just not the same.

-Had to change my diet recently and now I eat even less than before. If you want to lose weight just ask me. I’ll tell you how.

-I will finish with a complement to horror fans. Yes, we like stuff that might seem crazy to others, but horror fans are great people. That also includes horror celebrities. There are a lot of cool horror celebs out there.

So this might not have been about me, and more my thoughts but whatever! 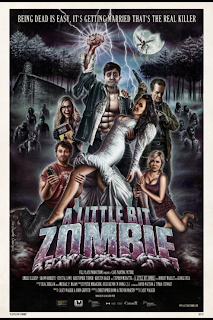 Infected by a virus, a mild mannered HR manager attempts to fulfill his over whelming desire for brains, all while trying to keep it together so as not to incur the wrath of his bridezilla-to-be.

The movie opens with two zombie hunters blasting away some zombies, but soon shifts gears following two couples reaching their vacation spot. After getting settled in, Craig (Kristopher Turner) gets bitten not by a zombie, but a mosquito that is carrying the zombie virus. Of course he kills the mosquito, and an exaggerate amount of blood explodes all over him. After thinking this movie was about killing zombies, it quickly becomes a horror comedy about Craig’s transformation.
The couples are at the cottage in the woods in order to celebrate, and plan the marriage of Craig, and Tina (Crystal Lowe). No one really sees the change in Craig until he throws up all over his bride to be. It’s a decently amusing moment, and finally lets the others know there is something really wrong with him. Many might think the wedding would be called after that, but Tina has none of that. She is determined, and pretty much obsessed with getting married.
Craig becoming a zombie isn’t going stop this marriage. Tina, along with the other couple, quickly adapt to the situation, and help Craig adjust to being a zombie. It isn’t too hard considering that he doesn’t completely change into a zombie. He just looks a little sick, and of course wants to eat brains. In one of the few other amusing scenes, they all go to a butcher shop looking for something Craig can eat. The shop just so happens to have all kinds of brains for him to try.
Another scene that is pretty fun is when Tina, and Sarah (Kristen Hager) decide to bring back a fresh body for Craig to kill, and eat. The pair gets dressed up, and tries to lure in a poor sucker looking for a hot date. They are successful with their part of the deal, but Craig is a little slow at accomplishing his task. Other than those scenes, and a moment here and there the movie never hits on laugh out loud moments.
Every once in while the movie would cut back to the two zombie hunters from the beginning of the movie. There even is a quick encounter between them, and the couples before Craig changes. While they play a role late in the movie, it just never feels like they should have been included in the first place. They carry around some weird ball that supposedly leads them to the zombies. It feels like they are on some adventure, and the audience is thrown in the middle of it never knowing their whole story.
Overall “A Little Bit Zombie” is a little bit too cheesy. Besides for a couple of scenes, there is just too much useless conversations, and dumb jokes. It’s a shame that the movie isn’t funnier because the idea for the story isn’t too bad. The movie should have done without the zombie hunters, and left the focus on Craig’s transformation, and Tina’s obsession to get married. In the end, I give this movie 1.5 pools of blood.

HorrO
Posted by HorrO at 1:16 PM No comments:

Here are the first pics of season 6 along with the trailer. For more promos, visit the Horror on TV page. 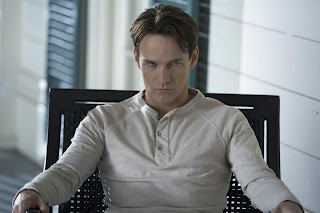 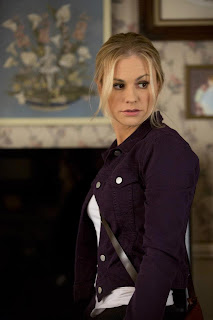 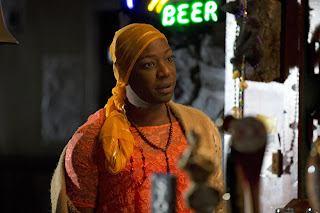 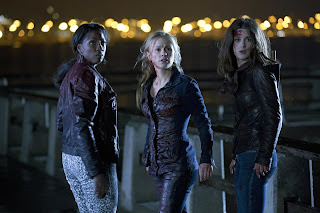 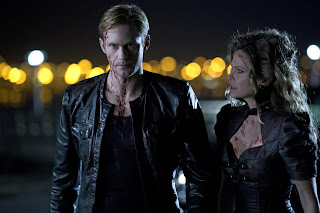 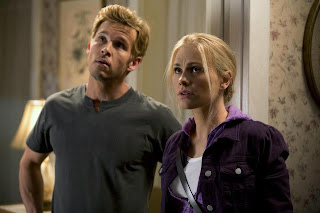 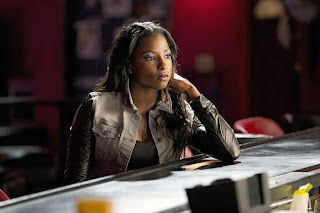 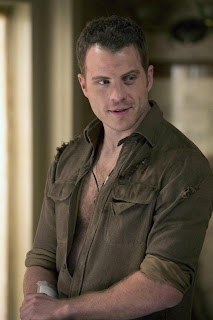 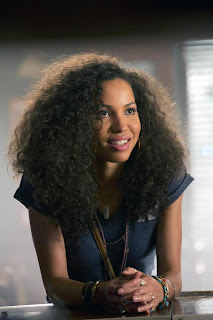 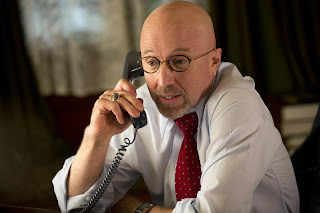 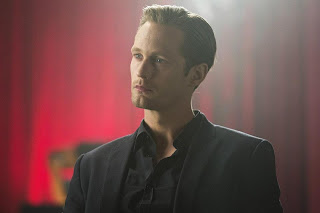 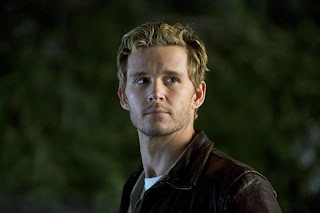 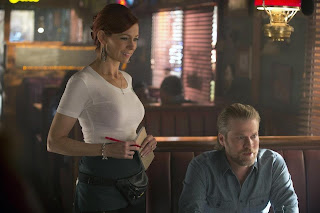 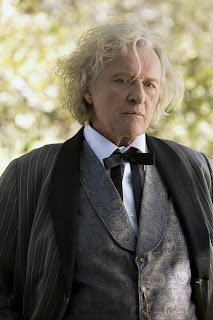 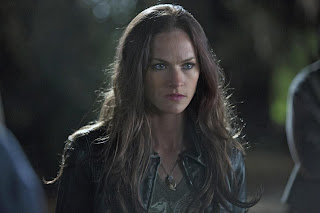 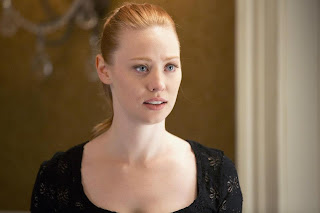 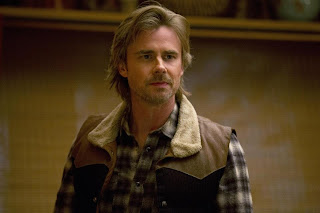 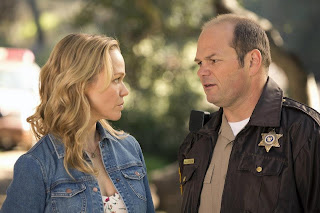 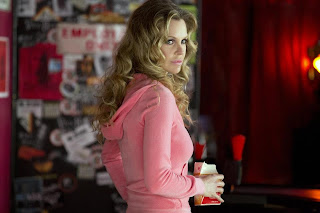 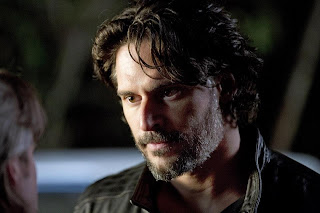