NIGHTSTREAM REVIEW: MAY THE DEVIL TAKE YOU TOO 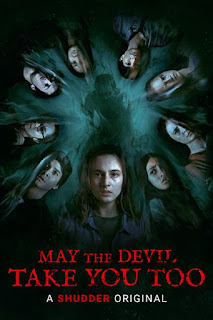 Two years after escaping from demonic terror, the young woman is still haunted by unnatural vision. The dangers that await her and her friends are increasingly threatening: the figure of darkness rises to take their lives.

Directed and written by: Timo Tjahjanto

“May the Devil Take You” seems like the polite way to ask if the devil can possess you, and there isn’t much polite about “May the Devil Take You Too.” This story continues to follow Alfie (Chelsea Islan), who along with Nara (Hadijah Shahab) get kidnapped. Not by the devil, but now grown up orphans. It appears they were abused back when they were young, and eventually got revenge on their tormentor. However, the tormentor is back from the grave for another round.

They’re hoping Alfie and Nara can use their previous experience with hauntings to help them with their current problem. It’s a rough start because not all of them are convinced of the hauntings. Of course this doesn't sit well well with Alfie, who is pretty mad at them. However once the hauntings get going, she has no choice but to fight for survival. 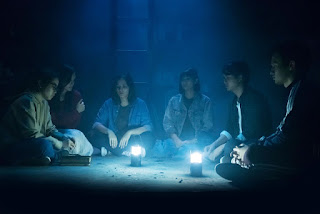 This film seems to have something that hasn’t been in the previous Indonesian films I’ve viewed. It has a little bit of humor mostly coming from Alfie. She has plenty of remarks for the others especially right after she’s kidnapped. She kind of has a love-hate relationship with the group that creates some funny moments. There’s also a couple of lighter moments in the middle of the fight with the demons.

Now don’t think for one second that this is a horror comedy because it’s far from it. In more typical Indonesian fashion, once this film goes dark there’s no turning back. A decent sized group is present in order to kill most of them off. The demons keep coming and coming as Alfie, Nara, and who ever else can manage to fight back. It gets particularly crazy down in this basement area. 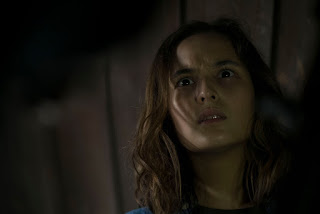 Without having seen the original movie, it’s hard to say whether this is a worthy sequel or not. However, if you’re like me and have enjoyed the recent run of horrifying Indonesian films, then you’ll probably enjoy this one as well. Like others, it introduces a good handful of people to eventually kill off. It brings some scares, and plenty bloody deaths. There is something different with an injection of humor, but have no worries this film still lives up to what current Indonesian films have done. With that, I give "May the Devil Take You Too" 3.5 pools of blood.

More info about this film at: http://promotehorror.com/2020/10/28/may-the-devil-take-you-too-comes-to-shudder/