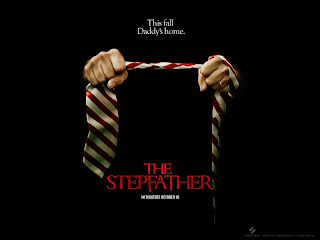 I got taken by another teen thriller. Sometimes when I walk into a theatre and it fills up with teens, I worry that the movie is going to suck (example Prom Night). I worried, as teens filled the theatre for this one. I cannot say it sucked, but it was not great either. It definitely ended up being a teen thriller, as it had little violence and too much story.

For me, this movie kind of just went along and then it ended. I truly just watched a series of images that did nothing to make me think, there were no major twists, and the ending did not "wow" me. Speaking of ending, as with most movies, this one was leading up to hopefully a good finish. After seeing the previews, I had high hopes for the ending. The whole saw dangling over the girl's face had potential. The key word there was "had." The whole fight scene was weak. Just the usual back and forth fighting, and then it was over. They must have edited the dangling saw scene because they did nothing with it that they showed in the preview (that whole teen thriller thing again, can't be too violent). The whole scene seemed like it was too quick for something this movie was leading up to.

What happened while we were led to this not so great ending? Basically, it was just about the stepfather, played by David Harris, adapting to his new family. The one person he had to try the hardest to impress was the oldest son, played by Penn Badgley. The stepfather played it cool at the beginning, but as expected lost the trust of the oldest son as the movie went on. The son eventually found out who the stepfather really was leading us to the not so great show down at the end. I have to say I did like David Harris as a bad guy. I thought he did a good job of playing both the good and loving new stepfather, and the crazy and confused killer stepfather. Penn Badgley, on the other hand, seemed like he was still the same character he plays on Gossip Girl (yes, I have seen Gossip Girl and that is true horror).

Another thing I liked was the opening scene of the movie. This was probably the creepiest scene of the movie (skip this section if you do not want to know how the movie starts). You just see the stepfather as what appeared to be him just getting ready for another day. He shaved, dressed, and prepared something to eat. The house was silent except for his actions and some Christmas music. You think okay, he may be up early before everyone else. Nope, he was the only one up because he was the only one that could get up. After he made some coffee, he took a stroll around the house before leaving. As he walked around, you his dead family members on the floor. Not a total shock, but I thought this was one of the best scenes in the movie.

That was another thing I liked, how about another thing I did not like. There seemed to be a need to show the oldest son's girlfriend in her bikini by the pool through most of the movie. I know, that does not sound like something to complain about, but it was just time after time (still not making a good argument right guys).  They just made it too obvious that they were parading her around. It kind of goes back to what I mean about nothing much happening on the way to the end of the movie. Several times they showed the two by the pool just talking (and showing off her bikini). Some of the conversations were important, but it just seemed too repetitive (kind of like how I am making this point).

So I will move on and finish this up. This was not a terrible movie, but do not expect great things. It was just another movie for the teens to go see, not too much violence and a lot of story. This movie was all about leading up to a big finish that was not all that great in my opinion. The overall acting in the movie was good, especially if you appreciate the talents of walking around in a bikini for most of the movie. I have to give this movie 2 pools of blood because while I did not think it was great, it did not make me regret seeing it.