BEHIND THE SCENES: "RESIDENT EVIL" HOUSE AT HALLOWEEN HORROR NIGHTS 23 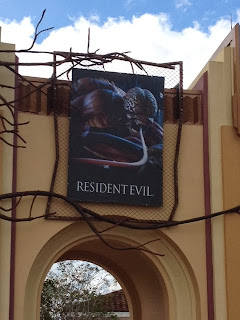 Part of my Halloween Horror Nights 23 (HHN) adventures was taking the Unmasking the Horror Tour. This tour takes fans on a behind the scenes look at their haunted houses. Our tour took us into 6 of their 8 houses. I decided to break them each up into their own post in order to give a better look at each of them. This is a behind the scenes look at the “Resident Evil” house.

The above video is a series of photos that I took while on the tour. What I will be doing now is describing some of the things you saw in the video, so you might want to read this and then go back and watch the video again. Before I get to the video, let me mention that this house is based on Resident Evil games 2 and 3 in case you were wondering. 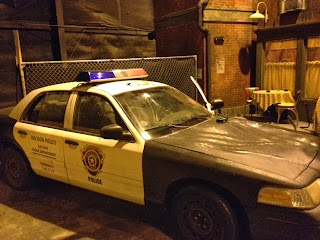 The first scene we walk into is the street outside the pizza place. At night you will see a scaractor playing Leon on top of the police car shooting zombies by the car and junk on the other side. If you look close enough in the pic of junk you can see an “Elm Street” street sign. I thought that it was cool of them to throw that in. Things like that are hard to see at night, but fun to find when on the tours. 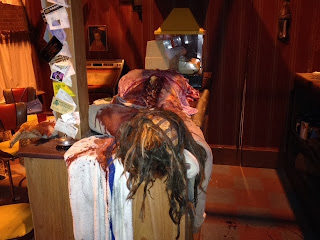 From there we move into the pizza place, where you can see a dead body on the counter. At night, a zombie is having making a meal of it as you pass by. In one of the pics, you will notice what looks to be just some blood on a white background. However, that is fridge that holds soda. At night a scaractor is hiding inside to scare you. You can see how they get in and out of it in the back. 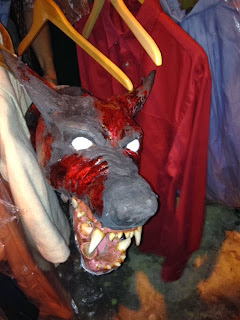 The next room in this house is the laundry mat. It’s here we find something I always hated it the game…the dogs! At night you will find both a stationary dog, and one that is basically a head that a scaractor pokes out behind some clothing. There are also three washing machines with one of them being open for someone to surprise you from. 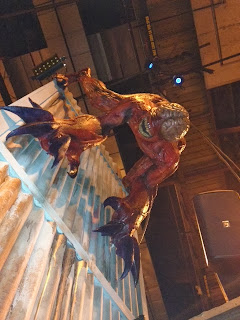 We now move onto some of the bigger creatures from the game. You will see Tyrant crawling on the wall. You will also see him peaking his head through another wall. Again, there is a scaractor controlling his head from behind the wall. It might not seem like a big scare, but we saw him scare plenty of people. I think it’s interesting how they used this puppet like technique this year. It was something different, and to my surprise actually worked rather well. 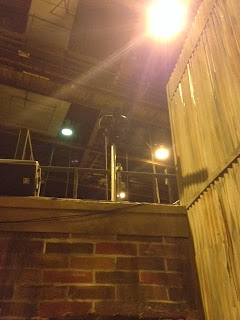 The next room was certainly fun. As you entered and looked ahead, a scaractor playing Nemesis was high above the doorway out of the room pretending to shoot a giant machine gun. As you passed through the room you could feel the air of the gun. Funny how they have a “No Discharging of Firearms” sign on the wall. On the ground and to your left, a scaractor playing Claire Redfield was hiding behind a door shooting back at Nemesis. One time at night I told her to shoot him, and she replied, “I’m working on it!” To your right, there was another zombie hanging out, and scaring people. You will also notice things from the game like the plant, ammo, and the typewriter. 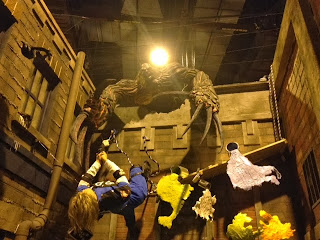 Sticking with the video game theme, the next room was called “The Paused Room.” We always like to pause our games, so they decided to pause this game as well. You will see Leon on the side of the building firing at Tyrant. During our night tour, there was actually a zombie in the room, and he would move around. We asked why there was a moving zombie in a paused room, and they said there wasn’t supposed to be. I guess things change as the nights goes on. 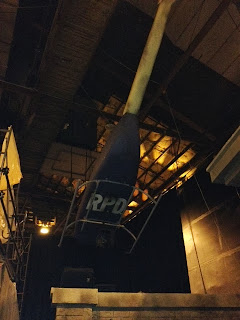 From here we move into the final room in this game. We are on the street trying to get on the helicopter. Unfortunately for us, the helicopter has already taken off. On the ground, again the zombie creatures are roaming around, and Nemesis appears to gun us down. In the video you can see what happens to us after he shoots us! 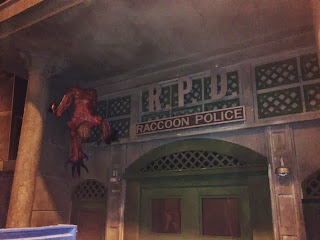 Overall, this turned out to be a fun house. I’m sure fans of the game will be happy with some of the things they see in the house. I thought The Paused Room was a good idea, and liked the sign at the end of the house. The creatures on the ground, and on the walls were really well done. The puppet technique proved it could scare plenty of guests at night. Hopefully I got all the character names right, as its been a while since I played it. So that was a look at the “Resident Evil” house. If you have any questions about the house, or HHN, please feel free to ask. Also if you want a better look at a specific pic from the video just ask. 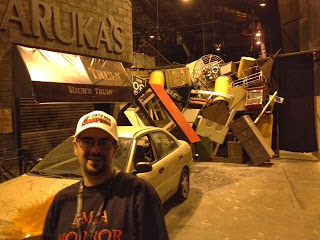 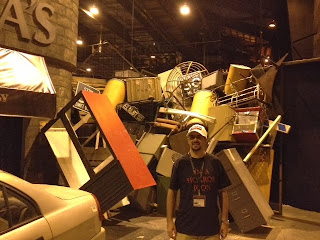 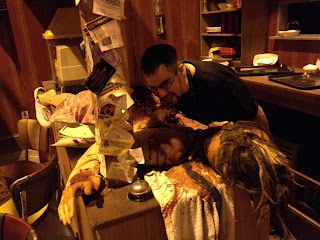 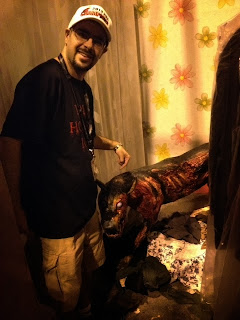 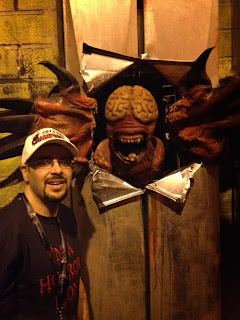 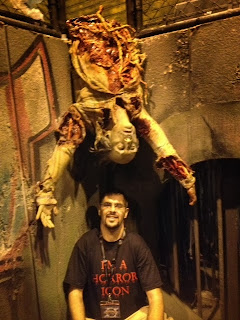