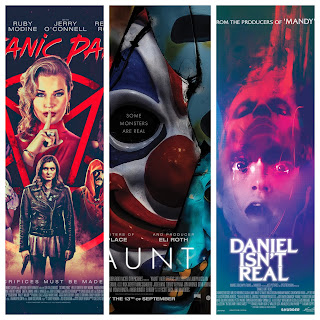 When one horror year ends and another one begins the ‘best of' lists start appearing on everyone’s favorite sites and blogs. Now it’s my turn at making a list. Honestly, I hate doing this when I know I’ve missed some important movies that might have ended up on this list. However, I’ll do the best with what I saw, and note some of the ones I missed at the bottom. While I call it a ‘best of' list, it's really just my favorite horror films of 2019. So here are my favorites… 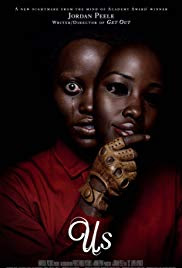 5. Us- Yes, I probably ranked one or two others higher during the year, but looking back at all the movies as a whole I feel this deserves a spot up here. It was creepy, tense, and weird. If it missed the spot with some people, it was how the film wrapped up. 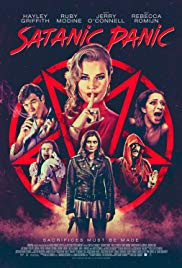 4. Satanic Panic- Either horror comedies have gotten better or I’ve gotten softer because I’ve enjoyed more of them every year. This one wins for horror comedy of the year for me with a great story that all adds up in the end. The comedy never stops, and it has plenty of terrific performances especially from Ruby Modine. 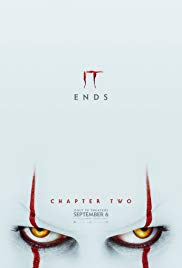 3. IT: Chapter Two- While I’m still undecided on which chapter I liked more, you still can’t avoid what Pennywise as meant to horror over the last couple of years. I’m always in for scares, and Pennywise definitely brings them. Not to mention the fantastic cast they were able to put together. It would be awesome to see Pennywise bring terror in a new way at some point. 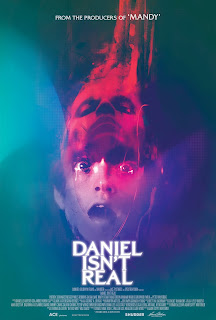 2. Daniel Isn’t Real: This one could have very easily been number one. Just an amazing story from beginning to end touching on so many aspects of life. It gets crazier and crazier as it goes, and everyone in the movie was perfectly cast for their roles. Really deserved a bigger release than it got. 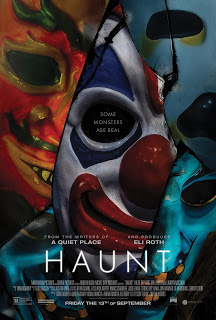 1. Haunt: Probably only beats Daniel Isn’t Real because this is truly my kind of movie. I love referring to it as the ‘haunted house from hell.’ It will certainly remind you of movies you’ve seen, but still manages to have some of its own uniqueness. For me, it’s always about the blood, guts, and deaths and this has plenty of it. And while some other films failed in the end, this one had a great ending!

Some of the films I missed include Ready or Not, Doctor Sleep, Midsommar, 3 From Hell, and a lot more than I thought (shame on me). Also note I didn't include One Cut of the Dead like on some other people's list because I saw it last year, and you'll find it on my top 5 from last year for sure! While there were some good films that got major theatrical releases, smaller festival films did plenty of damage. I’m sure Daniel Isn’t Real will make some top 10s, and there are other festival films that will be making top 10s. It’s good to see more films land on outlets like Shudder for all to see. Remember to give films a chance cause you never know when you find a gem. And no, I decided not to do a top 5 worst movies list, but will say The Dead Don’t Die is probably one of the worst I saw this year.

As a bonus, here are some short films that are worth a watch if you ever come across them:

La Noria, Other Side of the Box, Wild Love, Chowboys: An American Folktale, Frost Bite, Your Last Day on Earth, Boy Eats Girl: A Zombie Love Story, Finley, Most Steps Ever, Overkill, We Got a Monkey's Paw, Belphegor, Trick or Treat - Healing Old Wounds, and Baby Bird.