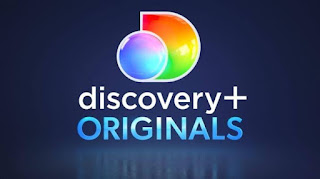 In 1977, the book, “The Amityville Horror,” was published and caused a sensation. The subsequent 1979 film adaptation was a surprise box office hit. Today, it is the quintessential American horror story based on true events – family moves into their dream house in an all-American town and experiences the most terrifying demonic haunting imaginable. Demon possession, demon attacks, a portal to hell – it was a situation so dire, even the church couldn’t help them. Through archival footage and re-creations, our film presents the harrowing true story of Ronald DeFeo, who murdering his entire family in the Amityville house, and the 28 days the Lutz family lived there. A rare, archival interview with George Lutz, describing the final, terrifying night in the Amityville house, is revealed for the first time.

There’s an argument to be made whether kicking off a new streaming service with an “Amityville” special is a good idea. Either it will intrigue some viewers enough to come back for more episodes like this, or it will scare them away forever! Alright, that might be a little dramatic but this documentary is serious stuff. Horror fans are familiar with “The Amityville Horror” movie, and the many versions of it that followed. However, how many have taken the time to really hear about the story that started it all in the infamous house?

This documentary begins with the family that lived in the house prior to the Lutz family. The DeFeo family enjoyed their new home until things went tragically wrong. There’s a brief discussion about the family before the night Ronald DeFeo murdered his family. Even as a horror fan it’s hard to imagine someone doing something so extreme for no reason. Then again you might be one of the people who believe a demon lurking in the house made him do it.

It’s hard to think anyone would agree to live in a house after that, but the Lutz family took the chance. Some of this part of the story might be familiar if you’ve seen the movie, or read the books on the house. The documentary takes the audience through the 28 days the family spent in the house before leaving. It seems like the evil took interest in Mr. Lutz the most, and it was up to him to protect his family. It gets real interesting once the Warrens are called to investigate the house. The audience gets to hear about their investigation, and what they thought about the house. More investigators come to the house all looking for evidence, and giving their opinion. One offers an opinion similar to the plot in another famous horror movie.

Another interesting part of the doc is that the audience gets to hear part of an interview with Mr. Lutz. They get to hear his side of story on things, and even some mistakes they made after leaving. Regardless, they made the right decision in leaving. As horror fans we always say, “just leave,” and they did just that. The audience gets to hear and see about that escape, and the way they left really points to there being something they were definitely running from.

Overall, this is a very good documentary, and definitely one to see if you’ve ever wondered about the truth behind the movie. It will answer some questions, but certainly give the audience a lot to think about. It starts with the DeFeo family, but who was in the house before? What was in the house…a ghost, a demon, multiple haunting spirits? That is one question they leave the audience to decide for themselves. It seems they make it clear the family thought something was there, but do you? It will be your chance to decide when it releases on discovery+!

More info about this film at: http://promotehorror.com/2020/12/28/discovery-launching-its-new-shock-docs-special-amityville-horror-house-on-monday-january-4/