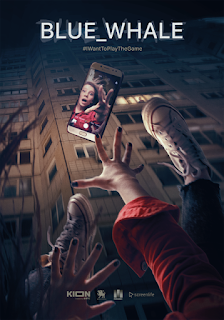 A provincial Russian town is ravaged by a wave of inexplicable teen suicides. Rebellious and sharp-witted schoolgirl Dana (Anna Potebnya, SAMA DURA) grieves for her younger sister, a once-happy kid who suddenly withdrew and stepped in front of a train. Desperate to learn what happened, Dana explores her sister’s online history, discovering a sinister social-media game that encourages youths to take an escalating series of self-harm challenges – 50 tasks in 50 days. Beginning with actions designed to alienate them from friends and family, the challenge breaks its victims lives apart to push them past any point of return. Hungry for answers and out for revenge, Dana registers for the game, opening a doorway into the cruelest of hidden online worlds. One that will jeopardize the lives of everyone she cares about.

“#Blue_Whale” isn’t the hashtag for those who are out whale watching. Unfortunately, this starts with a tragedy for this small family. Yulia (Polina Vataga) is a young girl who has just committed suicide. Apparently she got wrapped up in deadly game on the internet, and couldn’t escape its bad intentions. This has left her sister Dana (Anna Potebnya) and mother divided, and struggling with their grief.

Dana can’t help but start to look into what really happened to her sister. She does some internet digging, and before she knows it is left with a decision to join the game her sister was playing. Stressed by her mother and overcome with grief she agrees to the game. This is no fun game, as it’s about to take her on a dangerous path that’s going to take a toll on her emotionally and physically. Will she be able to figure out what happened to her sister, or will she just become another victim of it? 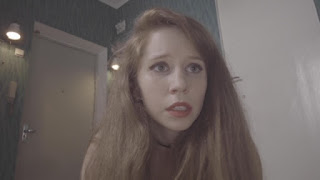 Recently, horror fans have seen more and more movies from the perspective of cell phone and computer screens, and this one is no different. Much of the movie is seen either on Dana’s computer, or from her phone when she’s moving around. Obviously she’s on camera sometimes, and other times she’s watching videos of people who played the game. For those looking for horror, it’s those videos that will provide it. The audience will see the unfortunate fate for some who fell victim to the game.

A game that’s meant to really break a person down. As Dana plays it, the audience will see how the game pulls her away from her friends and mom. It slides her down the social ladder at her school, as she’s forced to basically humiliate herself. The first challenge alone is getting the challenges day after day really early in the morning. Dana gets completely sucked into it first for her sister, and then in hopes of saving others but it’s a huge task. Anna does a great job of getting her character’s emotions across when the audience could easily get lost in all the shuffling of screens. 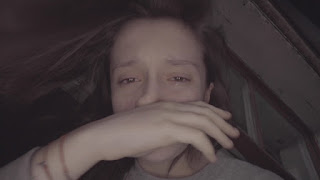 As Dana gets closer to the end of the challenges, there will be a surprise or two. It leads to a pretty dramatic ending, which fits well for Dana’s journey. A journey that “#Blue_Whale” set to show many teens have really fallen victim to. It does its job of showing the evil on the internet, and the people behind the screens. More importantly with Dana it displays how a teen can be torn down, and the damage it does to them and their loved ones. With hopes that audiences get the message here, I give it 3 pools of blood.

“#Blue_Whale” is playing as part of the 2021 Fantasia Film Festival.