THE LEGEND OF LA LLORONA REVIEW 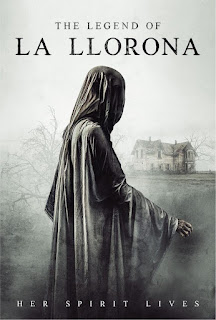 While vacationing in Mexico, a couple discovers their son’s disappearance is tied to a supernatural curse.

“The Legend of La Llorona” continues to grow in another telling of her story. Carly (Autumn Reeser) and her husband Andrew (Antonio Cupo) have decided to take a vacation to Mexico with their young son Danny (Nicolas Madrazo). Their taxi driver Jorge (Danny Trejo) warns them to stay at the hotel, and away from places where the cartel might be. While the cartel is definitely a threat, they’re about to have something much worse to worry about.

While taking a walk by a waterway, Danny is pulled into it, and dragged away. Luckily his parents are able to rescue him before La Llorona got a chance to take him away. It’s just the first of several attempts she makes to take the boy until she’s finally successful. Now the couple must figure out who or what has taken their son before it’s too late. 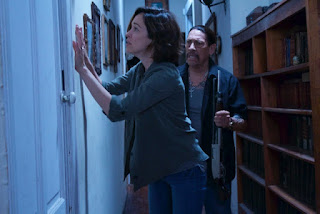 The story of La Llorona has been told several times including a couple of very different recent versions. Now this telling of the story is here to try and bring some scares to horror fans. Unfortunately, it might never get that scary although La Llorona is looking plenty creepy. This version also takes time to visit her story, and why she’s become the way she is.

What holds this story back is never feeling Carly and Andrew are a loving couple. Each parent clearly loves Danny, but rarely show true emotions for each other. Yes, they’re grieving the loss of their first child, but still don’t show anything more than some worry for their partner. It’s not the fault of the acting, as Autumn and Antonio are fine in roles, but with the story not giving them time to bond before the chaos begins. 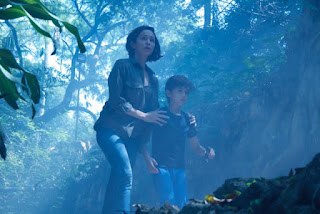 Legends like “The Legend of La Llorona” are meant to be told over and over again. Each story takes different angles, and some end up better than others. This version has a lot of bumps in the road, but has the right intentions. Diving into her backstory, and having La Llorona coming right after her victims are positives for the story. Shooting her with bullets might not be a good choice, and maybe it needed to spend a little more time introducing this family before La Llorona sets her target on their son. With that, I give it 2 pools of blood.