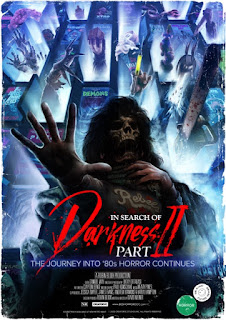 The follow-up to In Search of Darkness (2019) dives deeper into the practical-effects decade of ‘80s horror movies with all-new interviews from genre icons and industry experts alongside the original cast.

‘80s horror was filled with plenty of great original films, but also its share of sequels. Leatherface was back with his chainsaw for “The Texas Chainsaw Massacre 2.” Freddy was plenty busy with several sequels to “A Nightmare on Elm Street,” and Jason was right there keeping pace with “Friday the 13th.” These sequels just add to the tremendously long list of ‘80s horror films to talk about. Too many that you couldn’t possibly cover them in one documentary. So following the footsteps of these great franchises is another sequel… “In Search of Darkness: Part II.” 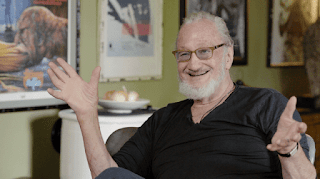 The ‘80s horror documentary is back on another journey through some of horror fans' favorite films. In similar fashion to the original documentary, they take fans year by year through some films that deserve to be talked about. This time the years seem a little more spaced out because of how the conversations go. While they talk to many famous faces, and horror icons, extra time is given to a few of them like Tom Savani, Linnea Quigley, and Robert Englund. As expected, Tom talks a lot about SFX, and some of the tricks behind his work. Linnea and Robert are given time to discuss several of their films, and give a behind the scenes look. It’s great when the audience can learn new things about films they saw decades ago, and maybe even learn new things about the horror icons they worship.

Certain performances are highlighted like Barbara Hershey’s in “The Entity.” The audience will see what she went through to pull off that movie. They also give the audience a look at Italian horror movies particularly Giallo films. Of course they get a great icon to talk about these films, Geretta Geretta. And for the gamers, there’s even a section discussing some of the horror themed games featuring Freddy, Jason, and more. Tom Savani, and Kane Hodder discuss their hand in making some of those games happen. 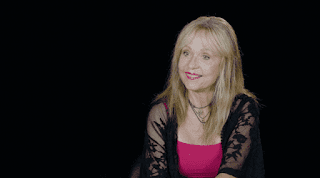 Year after year, movie after movie, and discussion after discussion. This documentary aims to tackle many of the movies missed in the original. It focuses on plenty of stand alone films, and sequels to big franchises fans know all too well. It asks and answers more interesting questions, and uses horror icons to give fans a personal take on their experiences. If you watched the original you knew it only touched the surface. So again, sit back, and enjoy another four hours plus of ‘80s horror enjoyment in the form of “In Search of Darkness: Part II.” With that I give it 4 pools of ‘80s style blood splatter!