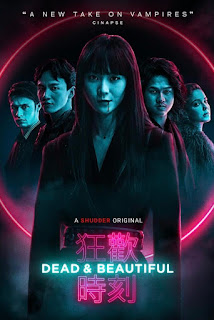 A group of young and spoiled rich kids turn into vampires after a night out, changing the course of their lives and driving a wedge between them all.

“Dead & Beautiful,” two things that don’t really go together. However, if you have a lot of money you never know what you can make happen. Like making a fake funeral, which is what Mason (Gijs Blom) walks into on his return home. It appears his friends, Alex (Ten Tsao), Anastasia (Anna Marchenko), Lulu (Avlis Zhong), and Bin-Ray (Philip Yuan) arranged it as the latest joke amongst this group. Hardly something most would find funny unless you’re young, spoiled, and extremely rich.

Now that this prank is out of the way, Anastasia arranges the next outing to entertain the friends. They’re off to meet a shaman, and go through some weird ritual stuff. When they all wake up, the shaman seems like he’s dead, and something has changed about the friends. They all have fangs, which means they might be vampires, or is this just another game the group is playing? 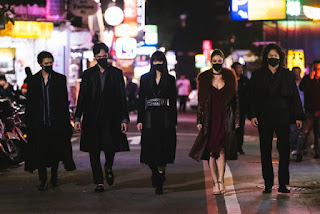 While many movies try to get the audience to like their characters, or at least some of them this film doesn’t seem to care what the audience thinks. Obviously a group of young rich people are going to easily rub some people wrong right off the bat. It doesn’t help them that the movie takes a moment to flash just how rich each one of their families are worth. After seeing them mix together, it’s hard to believe some of them were friends to begin with, which leaves some of the events later on not to be a total surprise.

Whether the audience likes the characters or not, the set up isn’t bad. Setting up a bunch of friends who aren’t sure whether they’re vampires or not could lead to some interesting things. However, there’s much more talk and fighting among the friends, and not enough vampire action. They don’t all become hunters together, and go on a binge, which would have been preferred. Maybe mix some who are vampires and some that aren’t a see the divide that causes. Instead, it just proves this is a questionable group of friends to start, and won’t be friends much longer. 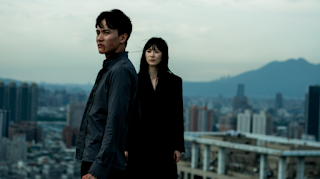 “Dead & Beautiful” seems to have some good ideas to start, but then fails to follow through. It gives the audience a bunch of young and rich people, but not much reason to ever like them. At least not until the very end, but it might be a little late by then. Waking up unsure if they’re vampires or not is an interesting idea, but it never drums up enough action off of that. There’s a lack of blood to drink, and too much fighting among the group. The audience will be waiting for the pace to pick up, but it never seems to. With that, this films comes off beautiful looking, but dead in excitement so I give it 2 pools of blood.