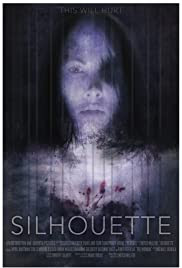 Silhouette is the story of Jack and Amanda Harms who, after the passing of their young daughter, set out into seclusion to begin their lives anew. Quickly upon their arrival, things go awry when the sins of their past come back to haunt them.

Directed and written by: Mitch McLeod

If it’s not your shadow, you might not want a dark “Silhouette” following you! Sometimes people need a new location to try and start over, and that’s what Amanda (April Hartman) and Jack (Tom Zembrod) are attempting. They’re trying to hang on to their marriage after the loss of their daughter, and some other martial issues. While the new home seems nice something still seems to be bothering Amanda.

It doesn’t help that Dawn (Jessica Dawn Willis), who is a neighbor, comes over to introduce herself, and catches Jack’s eye. With no shame, Amanda points out to her that she’s Jack’s type. It didn’t take long for old issues to pop up again. However, Amanda might have more to worry about than the neighbor. She seems to be having a battle for her own sanity, as it appears something is haunting her.

While the film is about a couple, a lot of the horror is going to take place at Amanda’s expense. This might seem weird but by the time this one ends it will all make sense, and puts a great punctation on why things unfold the way they do. As for the horror, it might not make the audience jump out of their seats, but it’s certainly creepy. The silhouette that continuously haunts her is plenty scary looking, and the way they make it slowly appear should leave some with chills.

Amanda is a character who is suffering with a lot of emotional issues, and April does a good job bringing out these emotions on screen. It’s great watching her work, and then top it off with the horror lurking in the background. However,  building all of these moments seems to take a little too long. The pace is a touch slow, and maybe some scenes could have been cut short. They seem to want to give Jack time to express his issues, but he does that while spending more time than is needed with Dawn.

“Silhouette” supplies a familiar setting with another struggling couple. Like many before, they’ll soon realize they can’t run from their problems. Their marriage issues continue especially when a good looking neighbor stops by. Amanda’s awkward behavior pushes Jack away again, and leaves her to be haunted by an extremely creepy figure. It all leads to a surprising yet depressing ending. With that said, I give it 2.5 pools of blood.