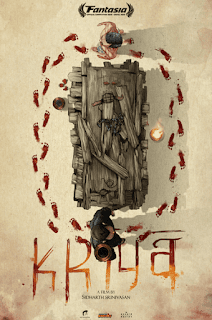 KRIYA is the nightmare odyssey of a young DJ named Neel who is picked up one fateful night by the beautiful Sitara, only to be thrust into a hallucinatory world of ritual magic surrounding the imminent death of her father.

Directed and written by: Sidharth Srinivasan

Oh “Kriya” is definitely a nightmare for Neel (Noble Luke). He’s out one night just being a DJ at a club, meets an attractive woman named Sitara (Navjot Randhawa), and is excited to be going home with her. Maybe he should have taken her to his house because his life changes the second he walks into the house. Instead of spending time with her, he comes into a room where her father lies dying with several family members around him.
Of course this is a very uncomfortable situation to be in so he wants to leave. However, they’re bound by many traditions and rituals, and ask him to stay and participate. At least that’s what it seems they want, as there’s some back and forth between the family. Actually there’s a lot going on in this early scene, even things that might be confusing. There are some disagreements on what to do with the father, and what Neel should be doing. Eventually Neel decides to stay in support of Sitara, but he should’ve trusted his first instincts to leave. 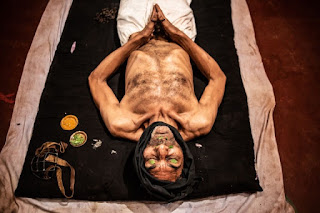 Everything that happens here starts with a curse on this family. They haven’t had a son in the family, and they need one to properly perform the last rights on the father. Well that’s where Neel comes in. He gets to be the honorary son like it or not. He has several strange moments with different family members, and one really creepy vision that haunts him before the ceremony.
While it might seem like a lot of confusing ritual and religious goings-on, after the ceremony is performed a big reveal is made. It better explains why everything that just happened played out that way. It brings to light the curse better, and why certain characters did what they did. Some characters get a coming of age story in a good way, but unfortunately for Neel his story is just beginning, and not for the better. 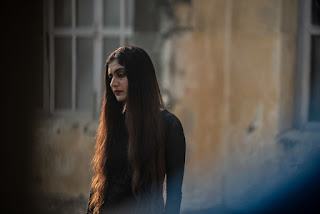 It might be easy to get lost in some of the rituals, and religious traditions in “Kriya,” but there will be plenty of horror in it by the time it ends. Maybe some of the religious stuff is confusing because there is a statement about religion being made. Once some of the early religious talks pass, Neel will almost go into a trance, and so will the audience. They will live out his nightmare along side of him, and be haunted by what he sees. Just like him, the audience will want to trust certain members of the family, but know they're probably up to something. The ending is very sad for Neel, but it gives a horrifying and satisfying conclusion to this story. With that, I give it 3 pools of blood!

“Kriya” is playing as part of the Fantasia 2020 Virtual Festival.

More info about this film at: http://promotehorror.com/2020/07/31/stunning-first-trailer-poster-for-kriya-from-the-producers-of-in-fabric-free-fire-world-premiere-fantasia-digital/
Posted by HorrO at 2:43 PM