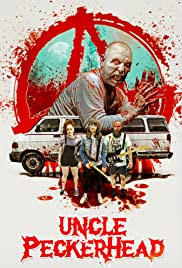 When a punk band scores their first tour, life on the road proves tough when they are joined by a man-eating demon as a roadie.

Lots of people think of starting a band when their young. Some get to play in their garage with dreams of touring one day. That doesn’t usually work out for many, but lets imagine it does. They get a chance to go on what can hardly be called a true tour, but they’ll take what they can get. They couldn’t be more excited except for the fact that their number one fan is a demon who they can’t ditch.
Judy (Chet Siegel) is the leader of the three person group, Duh, and closet thing to an adult in the band. They’re on their last pennies, and hoping to score a big gig to have their group seen by a much more popular group. She’s set up a few places to play to get some experience, but nothing that will bring them fame. Just has they’re headed to their van it gets reposed. They need a new ride, but have no money to offer anyone. Then they have a run in with Peckerhead (David Littleton), who offers to be the driver on their tour. With little choice and knowledge of who he is, they all hit the road. 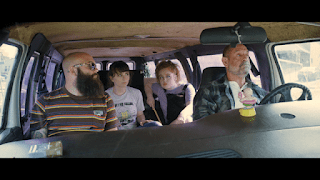 Soon enough they discover that Peckerhead is some kind of monster. Well, he’s only a monster at certain times, and it works out well for them until it doesn’t. Monster or demon, Peckerhead is definitely an interesting character. He seems to be a very nice guy, and goes out of his way to fit into the group. However, he doesn’t keep his monstrous self hidden like he says, and the band can’t handle his killing anymore. And what fun killings they are. Heads are ripped off, blood is spilled, and even another more disgusting surprise later on.
He definitely supplies the horror in the film, but also adds some comedy. Much of it comes from his awkwardness, and need to do whatever he can to stay on the good side of the band. His name is obviously pretty funny, but many of the names in the film are laughable. “Duh” the band, the Metalheads, Jen Jennings, and more. There’s also the ridiculous band the tries to take Duh’s place on tour. They certainly get what they deserve especially their unusual lead singer. 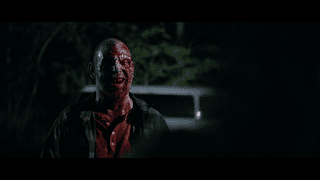 “Uncle Peckerhead” is a well balanced horror comedy, and more. It’s obvious when it’s time for horror, and the comedy is well timed. Certain things aren’t taken seriously, which adds to the fun. The film also gives the audience a small group of people to root for from the start. Their struggles are relatable to people who have tried to join a band, had big dreams, or just trying to make it to the next day. Sometimes those people let demons get in the way of their dreams, and unfortunately Duh comes across a demon of their own.  He’s also trying to find his way in the world, and might end up pulling the plug on the band. With that said, it’s time to cue the music because I give it 3 pools of blood!