LEAP OF FAITH: WILLIAM FRIEDKIN ON THE EXORCIST REVIEW 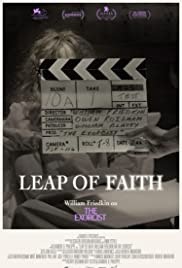 A lyrical and spiritual cinematic essay on The Exorcist, Leap of Faith explores the uncharted depths of William Friedkin’s mind’s eye, the nuances of his filmmaking process, and the mysteries of faith and fate that have shaped his life and filmography. The film marks the sixth feature documentary from Philippe (78/52, Memory: The Origins of Alien), continuing his thoughtful analysis of iconic genre films.

People took a leap of faith and watched “The Exorcist,” and nows it time to take another one and watch “Leap of Faith: William Friedkin on the Exorcist.” In 1973, “The Exorcist” began shocking audiences, and continues to do so with every new generation that dares to watch it. As scary as the movie is, there has also been plenty of stories about the strange happenings while making the film. Those stories certainly add to the film’s legacy, and now this documentary takes a different angle on the film.

Who better to learn about the making of “The Exorcist” than the man who did it, William Friedkin? In this documentary, the camera is faced squarely at William, as he takes the audience from the beginning to the end of filming the movie. Having to listen to one man talk for over an hour and a half might not sound exciting, but the subject matter makes up for it. Not to mention, being a director, he’s quite the storyteller, and makes the most out of each topic he hits. 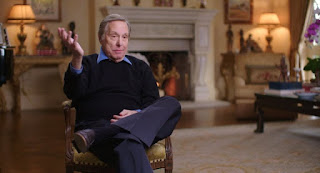 He starts the discussion with how he marked up William Peter Blatty’s novel to create what he wanted, and didn’t want in the movie. He then spends a good amount of time just talking about the beginning of the movie in the desert in Iraq. While some didn’t think that scene was needed, he talks about it’s importance to setting up the story to come, and what Father Merrin is experiencing. As he moves along, he mentions other movies that influenced how he did certain things. The documentary shows clips of these films while he talks about them, and their effect on his movie.

He also mentions some of the people he brought on set to help him make the film, and the directions he gave them. Interestingly enough, it seems like finding someone to score the movie was one of his biggest challenges. After all that work to get it right it seems to have turned out well! Another fascinating story is how Jason Miller landed his role as Father Karras. What he doesn’t spend a lot of time talking about is Linda Blair, and working with her. Obviously he touches on some of the scenes involving her, but never goes into too much detail about her. 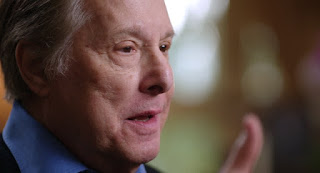 William brings it home when talking about the end of the movie. This is where he mentions having to stick to the book, and taking a leap of faith with how things turn out between Father Karras, and the demon. He explains why things turned out how they did, and piecing it together. He sums it up by acknowledging the leap of faith the audience took in seeing the film.

Without a doubt, if you’re one of the many fans of “The Exorcist,” then this is a must see for you. And even if you’re a filmmaker looking to get into the mind of a fellow filmmaker, this is a great look at how he went about creating one of the best horror movies out there. The audience will get to see many people, and movies that influenced decisions he made with this film. They’ll learn how certain scenes were filmed, and things that were unintentionally filmed that worked out well for the film. The audience will see what scenes were most important to him, and how he worked to make them happen. I gave hints at a few things learned from this documentary, but there really is plenty more to it. With that, I’ll take the leap of faith, and give “Leap of Faith: William Friedkin on The Exorcist” 3.5 pools of blood.

More info about this film at: http://promotehorror.com/2020/11/19/leap-of-faith-william-friedkin-on-the-exorcist-now-on-shudder/