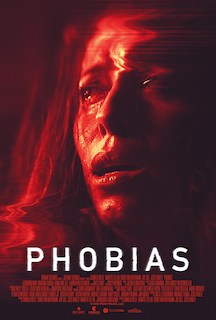 Five dangerous patients, suffering from extreme phobias at a government testing facility, are put to the ultimate test under the supervision of a crazed doctor and his quest to weaponize fear.

You might think you’re brave, but everyone has “Phobias.” With phobia comes fear, and that’s what Dr. Wright (Ross Partridge) is looking for. He’s trying to instill fear in all of his patients so that he can bottle it. He’s looking to find a way to weaponize this fear. In the process, his patients suffer mentally and physically because of the experiments.

While an anthology of stories, everything is anchored to Johnny (Leonardo Nam), who the audience first meets suffering at the hands of some racism. The audience also gets to see him caring for his father before he starts receiving some strange messages on the computer. He seems to have found a special friend to help him deal with his bullying problems. However, his special friend wants more, and Johnny ends up with the other patients before he can satisfy his new friend. 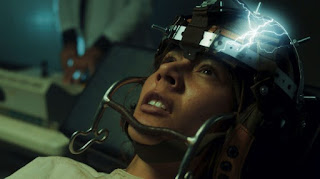 Once Johnny is put with the other patients this anthology truly kicks off, as four woman are shown experiencing their story of fear. The good thing here is that they aren’t simple fears like being scared of bugs, or heights. Instead they’re phobias that the audience might not have heard about like Vehophobia, Ephebiphobia, and Hoplophobia. This gives a good mix of different stories including one home invasion story with a little twist at the end. Another woman seems to go a little crazy and does some reconstruction outside of the office, while the most heart breaking story might involve a woman’s breakdown in front of her son.

Each story is done by a different director giving each its own feel. They will try to misdirect the audience, and surprise them with where each story ends up. The audience will get a little of the supernatural, some blood spilt, and definitely some craziness. The actresses playing the women the stories are centered on all give good performances along with some of their supporting characters. Leonardo also gives a great performance as Johnny, who’s story not only begins the movie, but it also ends it with a little twist bringing everything full circle. 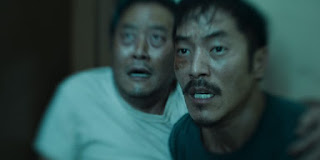 Horror fans have seen movies centered on specific phobias, but it’s a little surprising more anthologies haven’t been done with them. There are plenty of phobias out there with many screaming to be made into a horror story. “Phobias” tackle fear head on creating a main story of a doctor trying to bottle fear. This opens the door for five patients to have their own phobia driven story. There’s a good mix of well done stories resulting from some very interesting phobias. With no fear, I give it 3 pools of the blood!