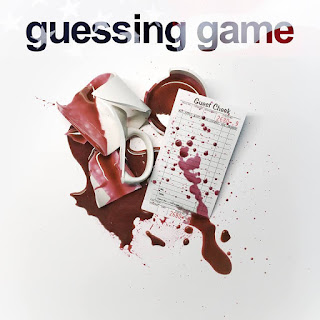 A man invites two old college friends to dinner, where a simple game will have unexpected consequences.

Bill (Josiah Overstreet), Karen (Sarah Mills), and Andrew (Ricco Fajardo) are catching up while at a restaurant. The couple tells Bill that they're happy he asked them out because they’re just too busy these days. They don’t even have time for some tv. Bill looks a little stressed, but becomes extremely weird once the check comes. He insists that they play the guessing game and guess how much the check is for.
As you might have guessed, nothing good is going to come from playing the guessing game. Of course there’s a winner, who will be just as surprised as the audience with what just happened. There’s a little bit of shock, but also some sick humor in it all. The final moment of the film is a nice touch because it wraps the story up.
“The Guessing Game” might seem like a stupid game, but it turns out to be a very serious one for these three people. Josiah’s great performance helps move this film along, as he plays it smooth to begin with, but also shows there just isn’t something right here. Sarah and Ricco follow his performance to pull this all off. With my turn to play, my best guess is some will like the sick humor, and others won’t!