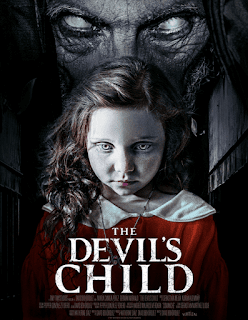 A young American nurse finds herself haunted by childhood trauma, when she is employed at a remote house to care for a sinister old psychic.

Directed and written by: David Bohorquez

Sometimes kids are called little devils, but no one wants to actually be “The Devil’s Child.” Sara (Alison Sullivan) isn’t a kid anymore, but she’s certainly still traumatized by events when she was one. For now, she’s on the way to take a new job, and is dropped off by her friends. Dwayne (Marvens Passiano) picks her up, and takes her back to the house where she will be a live-in nurse.

The house is run by Naomi (Fiona Horsey), who is only the beginning of strangeness in the home. She makes it clear to Sara that she’s there to take care of her father while Dwayne is in charge of the house while she takes a trip. Dwayne is rather quiet so he isn’t a help with her questions to start, so she begins to explore the big house. As she finds different items around the house, she also begins to see things, and have some nightmares. She’s not sure what’s happening, but tries to carry on as normal as can before secrets are revealed. 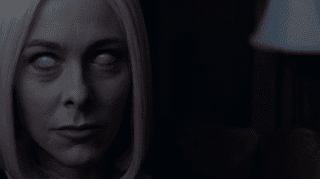 As soon as Sara walks into that house the audience will wonder what’s going to eventually happen. Big houses sometimes lead to supernatural stories, and that seems like the case early on. Sara is going to see a lot of strange things, which creates some creepy moments. The film isn’t going to tip its hand, as it moves at a slow pace before letting out the big secret. No spoilers, but it’s probably on the short list of guesses to what’s happening here. What’s most interesting is where Sara and Dwayne end up when it’s all over.

Speaking of Sara and Dwayne, there’s a good amount of time devoted to their relationship. Being the only capable people left in the house it’s not surprising that they talk, and get to know each other. As mentioned, Dwayne is quiet so Sara has to do a lot to get anything out of him. What’s different here is that in most cases the audience would expect to see that romantic candle lit, but these two never seem to get there. A bond is formed but they never cross the friend zone, which might be a clue here.

“The Devil’s Child” keeps a dark and creepy atmosphere from the minute Sara walks into that home. Even in the better moments with Dwayne they won’t be able to escape the shadows. Naomi is strange, and while her father doesn’t move much the audience will be unnerved by him. The film hides its secret well, and creates some good nightmares for Sara. Some blood is spilt, and it ends with an interesting turn of events. With that said, I give it 3 pools of blood.